Over 100 farmhouses demolished on Gurugram outskirts in one year 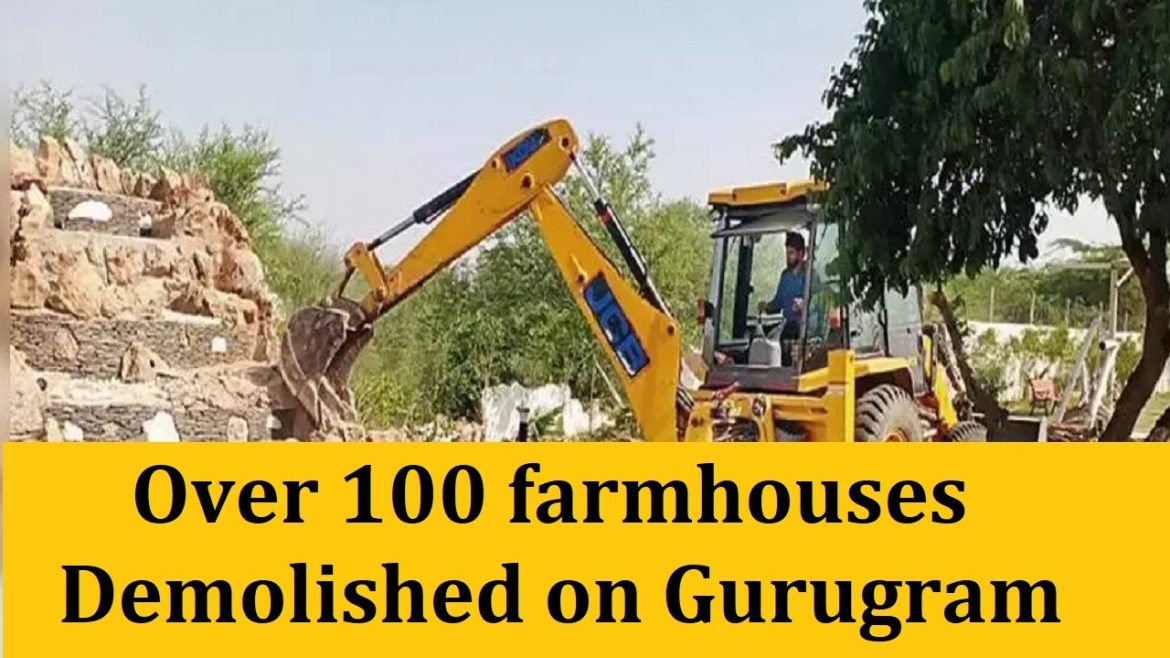 In fact, in the past one year, the department’s enforcement team has razed more than 100 farmhouses carved out on 200 acres of agricultural land in Sohna, Wazirpur and other areas of the city.

GURUGRAM: With unscrupulous builders targeting the city outskirts to carve out illegal farmhouses amid the pandemic, the department of town and country planning (DTCP) has stepped up its action against such illegal constructions on agricultural land in areas like Sohna and Wazirpur.

In fact, in the past one year, the department’s enforcement team has razed more than 100 farmhouses carved out on 200 acres of agricultural land in Sohna, Wazirpur and other areas of the city.

As per Haryana government policy, the minimum area for low-density farmhouse colonies is 25 acres but many of these developers carved out farmhouses on smaller land without permission from the authorities.

District town planner RS Batth said that the department is now planning to intensify action against such illegal farmhouses and verify the documents of the existing farmhouses in Sohna and other areas.

“Taking advantage of the pandemic and the consequent lockdown when our officials were busy with Covid-related duties, some of these builders not only laid a network of internal roads but also erected electric poles and constructed boundary walls. The builders also wooed prospective buyers by projecting the same as an attractive investment citing their proximity to IGI Airport and the Delhi-Mumbai road corridor,” he said.

When asked about the mushrooming of illegal farmhouses particularly in Sohna, Batth said, “There are mainly three reasons — the land cost is low, then there are already resorts and farmhouses in the area, and the place is scenic and full of greenery.” “Timely action saved a lot of innocent investors from getting duped as these builders were all set to sell one-acre farmhouses on 20-acre land under the name of Nature Valley.”

One of the major demolitions took place on June 8, when some 80 illegal farmhouses, being developed in two colonies of 30-acre each, were demolished in Kiranki village near Westin Sohna resort in Sohna. Similarly, farmhouses were being carved out on a 12-acre land in the Budhera area under the name of Verma farms.