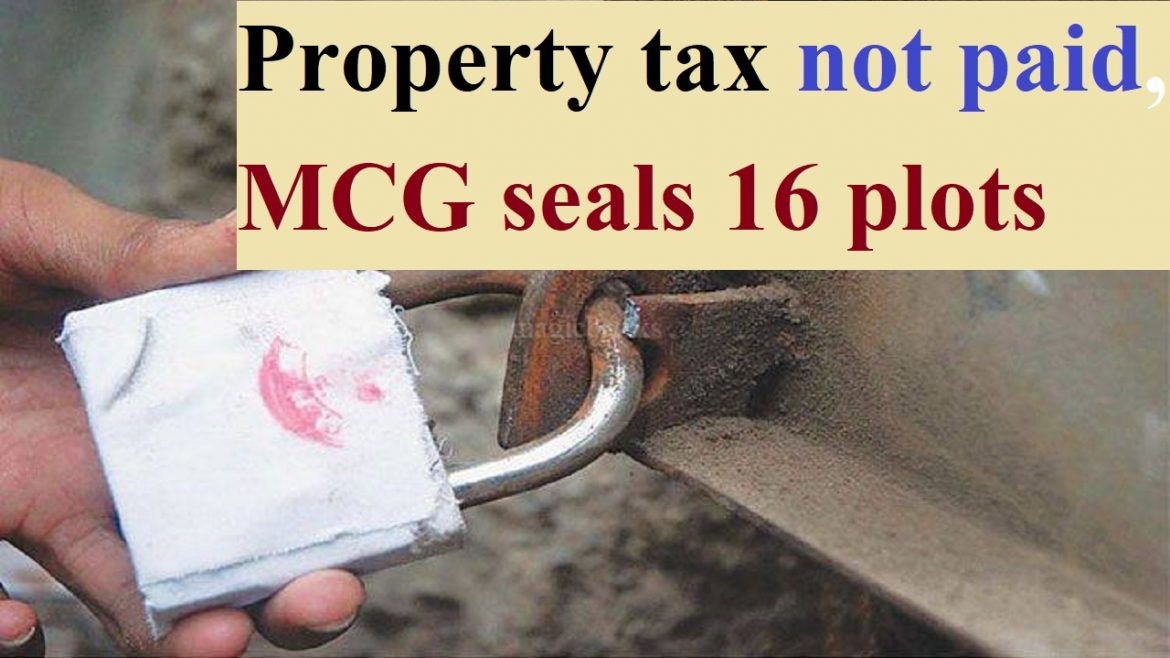 GURUGRAM: Municipal Corporation of Gurugram (MCG) on Monday sealed 16 properties for non-payment of property tax. A team from the taxation department along with police visited 25 such properties that didn’t clear the dues.
According to the officials, they had to face resistance but the police presence helped them seal the properties. The corporation also wants to boost its revenue from the property tax in the current fiscal.
MCG officials said that of the 25 properties whose dues are pending, 16 were sealed, one paid the tax on the spot and eight have given their applications to the MCG office for corrections.
“Under a special campaign to penalise defaulters, we have sealed 16 properties in Badshapur, Narsinghpur East, Sector 67, Sector 74, Sector 76, Islampur, Jharsa, Sector 32A, Sector 33, Sector 48, Sector 57 and Tikri. The sealing drive will continue,” said an MCG official. The drive was conducted by the team of zonal taxation officer-4, Devender Kumar.
MCG officials said that a 25% rebate is given to those who will clear their dues from the 2010-11 fiscal to 2016-17 fiscal year by March 31. MCG had set a target of collecting Rs 1,103 crore in the form of property tax, but managed only Rs 208 crore till February this year.