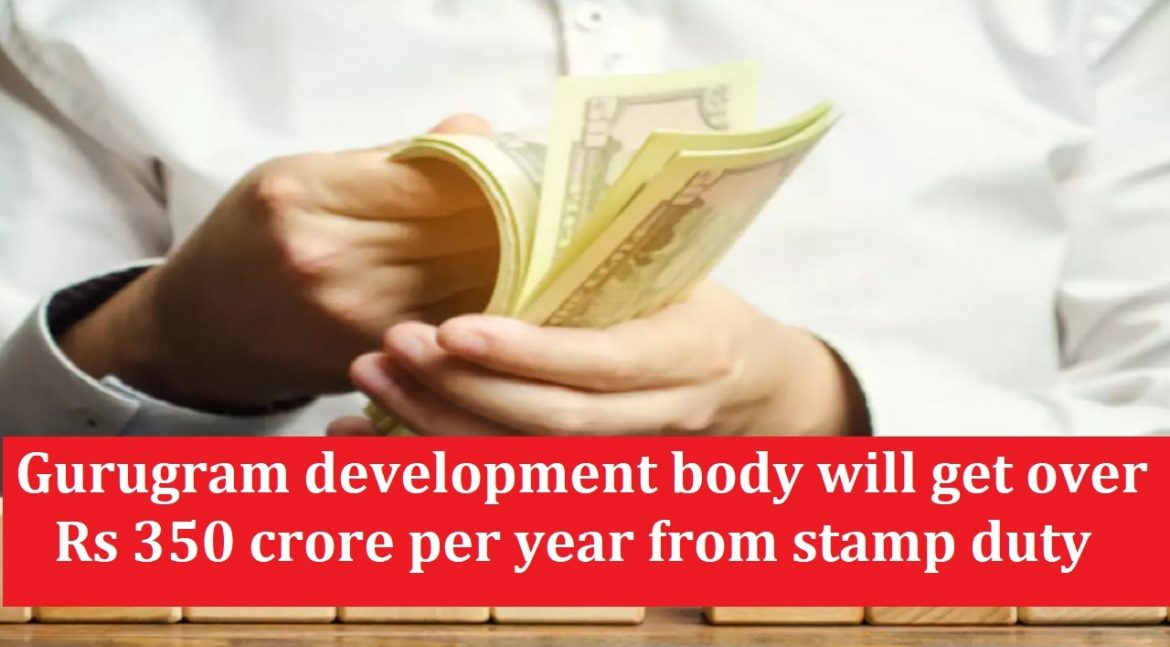 The department of urban local bodies had approved the proposal for sharing of stamp duty charges between GMDA and the municipal Corporation of Gurugram (MCG) in April this year.

GURUGRAM: The Gurugram Metropolitan Development Authority (GMDA) is likely to get over Rs 350 crore from stamp duty charges every year. This comes as a huge relief to the cash-strapped government agency.

The department of urban local bodies had approved the proposal for sharing of stamp duty charges between GMDA and the municipal Corporation of Gurugram (MCG) in April this year.

While GMDA was earlier estimated to receive Rs 250 crore from MCG, it is now set to receive stamp duty charges from the Municipal Corporation of Manesar (MCM) as well. A proposal in this regard is already underway. MCM officials said just like MCG, the rules would be applicable to MCM as well.

“We had estimated receipt of Rs 250 crore from MCG alone. Now with MCM in the picture, we expect Rs 350 crore to Rs 400 crore from stamp duty charges annually,” said a senior GMDA official. He added that the charges will be paid to GMDA with effect from April 1, 2021.

The proposal had met with opposition from the municipal councillors and mayor Madhu Azad, who stated that the move would impact the development works in the municipal areas. Chief minister Manohar Lal Khattar, however, approved the proposal during a GMDA meeting last year.

The money from the stamp duty charges will help GMDA in bridging the gap between its expenditure and income for the current fiscal year. The budget for the fiscal year 2021-22 has been estimated at Rs 1,848 crore, whereas the expected receipts for the year are around Rs 1,200 crore — a shortfall of around Rs 600 crore.

“The collection of external development charges (EDC) and stamp duty charges together should be able to fill the gap. We are depending on the state government for the remaining amount,” the GMDA official said.

In order to make the civic body more independent, chief minister Khattar had also announced earlier this year that GMDA as well as the Faridabad metropolitan authority would be gettingEDC directly from the developers, thereby eliminating delays. All the EDC charges for Gurugram and Faridabad will go to GMDA and FMDA, respectively.